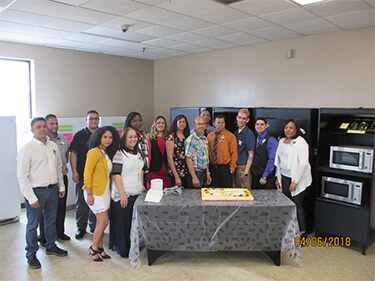 When Jim and Maria Kantzios immigrated to the United States from their native Macedonia in 1951, they settled in Cleveland and opened Athens Imported Food and Deli. Selling Greek foods to the area’s growing Greek population, their business expanded when Jim—who also worked the assembly line at Ford Motor Company—developed a machine that made a perfectly thin phyllo dough. The technology he developed more than 60 years ago makes Athens Foods, headquartered in Cleveland, the largest manufacturer of phyllo dough and phyllo products in the world.

It seems only fitting that a business born of an immigrant who saw opportunity in Cleveland seeks to support a workforce comprised of refugees and non-native English speakers. Through SkillUp, Cuyahoga County’s business advisory service, Athens Foods partnered with Cuyahoga County Public Library to provide on-site English language classes to its broad employee base. SkillUp provided coaching to help employees successfully complete the training program and reimbursed Athens Foods for training-related expenses, which included a wage increase for employees as a result of having learned a new and valuable skill that increased safety and communication on the job. The Library’s Aspire Greater Cleveland program delivered the training classes and helped connect Athens employees to the library as a community resource. 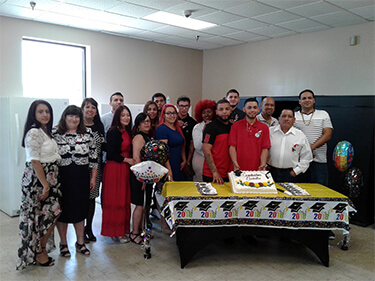 For Athens employees, the program provided opportunity to expand their language skills and improve business communication. According to Bernadette Romantic, Athens Food’s Human Resources Manager, “Learning English for the jobs at Athens is so important for many reasons. Naturally, safety is the most beneficial part of employees understanding English. However, we also have other requirements for our employees so that they can be successful in performing their jobs. Things such as understanding Good Manufacturing Practices and Safe Quality Foods are vital for the success of our company.”

The SkillUp collaboration helped a global business with a local presence continue to employ a population of immigrants who wish to build a better life in the United States. “The best thing about the program in my opinion were the relationships created as a result of the mixed population,” said Romantic. “I had employees from different departments/shifts/ethnicities represented. In some cases, these employees would never have spoken to each other because they were in different departments or shifts or both. The students created a strong bond amongst each other in both cohorts. I am extremely grateful and proud to say that I was part of the program.”