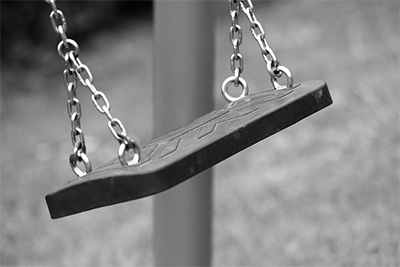 A woman who lives in Chagrin Falls received a terrifying call just a day after she dropped her son off at an out-of-state summer camp. “Mom, Mom, you have to help me,” the sobbing boy said. He said he’d been beaten up and had been taken to a warehouse.

A man got on the line. He said he would kill her son unless she paid a $10,000 ransom. She could hear crying in the background as he spoke. “When I said I wanted to talk to my son,” she said, “he wouldn’t let me.”

The mom hung up and tried to call her child’s camp but couldn’t get through.

Her cell phone rang again. It was the kidnapper, screaming and threatening to shoot her son. The worried mom, though, had a nagging feeling about the call. On a hunch, she asked the kidnapper if he had her daughter, too. The man said yes and threatened to “kill them both.” It was a trick question. The woman didn’t have a daughter.

She drove to the Chagrin Falls police station. Officers’ calls to the camp went unanswered. The camp’s phones were down. They contacted state police in Pennsylvania, who had to drive to the camp to put the boy, who was perfectly fine, on the phone with his relieved mom.

“It just gutted me,” said the mom days after the ordeal.

Kidnapping scams have been around for years, but they’re relatively infrequent. What’s become increasingly common, though are reports of scammers using technology to generate sounds in an attempt to make calls seem more believable. In this call, it was the sound of a crying child. But many grandparent scam victims have told Consumer Affairs investigators they sent money because they could have sworn the tearful voice on the phone sounded just like their grown grandson or granddaughter.

Chagrin Falls police did a great job tracking the kidnap scam calls to a disposable phone in Puerto Rico. The call log showed the phone dialed numbers sequentially before getting through to someone. Like most scam calls, this one was just random, a story in search of a victim.

It can be hard to stay calm when you get an upsetting call. If the situation seems like an emergency, contact your local police. You can also call the Cuyahoga County Scam Squad at 216-443-SCAM (443-7226) to check whether the call you received is a known scam.

For more information on scams or to report a scam online, visit the Cuyahoga County Department of Consumer Affairs at https://consumeraffairs.cuyahogacounty.us/.